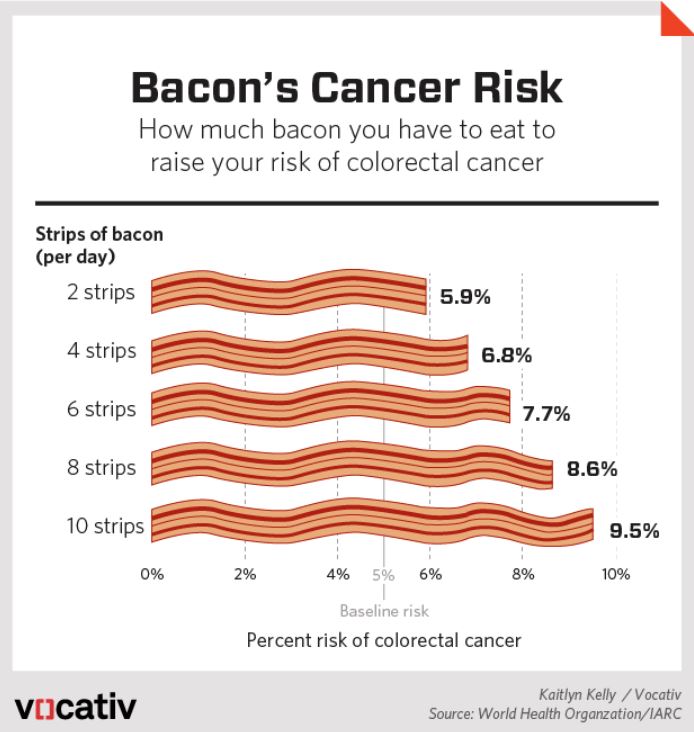 Dig, 'cos I got my own world to live through
And I ain't gonna copy you

It depends on how you cook them.

Dig, 'cos I got my own world to live through
And I ain't gonna copy you

It also depends where you buy them. A typical American point of view and full of hormones.
"Wat is het een gezellig boel hier".
Top

FRANKFURT (Reuters) - Shares in Germany’s Bayer’s fell more than 12 percent on Wednesday after a second U.S. jury ruled its Roundup weed killer caused cancer.
Bayer, which denies allegations that glyphosate or Roundup cause cancer, said it was disappointed with the jury’s initial decision. Bayer acquired Monsanto, the longtime maker of Roundup, for $63 billion last year.
The U.S. Environmental Protection Agency, the European Chemicals Agency and other regulators have found that glyphosate is not likely carcinogenic to humans. But the World Health Organization’s cancer arm in 2015 reached a different conclusion, classifying glyphosate as “probably carcinogenic to humans.”
https://www.reuters.com/article/us-baye ... reddit.com
http://karireport.blogspot.com/ (:_funny_:)
http://esapolitics.blogspot.com/
Dominus vo-bisque'em Et cum spear a tu-tu, oh!
Top

Substituted benzene compounds are often carcinogenic, but they are also quite common natural products. Animal tests at high dosages, show that these compounds can cause tumours.
Dig, 'cos I got my own world to live through
And I ain't gonna copy you

Roundup is now German owned and it is open season on Europe.
"Wat is het een gezellig boel hier".
Top

The German chemical industry can tailor poison for every need - those gas chambers were quite easy, really...
Nurse, where the fuck's my cardigan?
And my gin!
Top

The German chemical industry can tailor poison for every need - those gas chambers were quite easy, really...

What I am getting at Jim is Roundup can now be openly criticised in America now. Monsanto was part of the American industries which got away with murder.
"Wat is het een gezellig boel hier".
Top

Tero wrote: ↑
Fri Apr 12, 2019 10:20 am
Rainbow, read the Guardian link. The court awarded the man compensation. Though it was not cancer. He will get that later.

I did read it.

What part do you think I missed?

I'm a bit confused by the importance given by court cases to this debate. The people making the judgement aren't scientifically trained. The scientific literature out there shows that Glyphosate is not a very dangerous chemical.
Chlorobenzene is far more hazardous.
...but like any chemical it needs to be treated with care. If the judgement is that the producers and marketers didn't explain the safety measures, then fair enough.
Dig, 'cos I got my own world to live through
And I ain't gonna copy you

what concerns Fitsanakis, whose work is funded by the National Institutes of Health, are the findings of previous studies that the commercially available product is much more toxic to cells and animals in the lab than glyphosate alone. “The data are overwhelmingly in agreement that glyphosate by itself is relatively nontoxic,” she says.

Instead of trying to tease out which of the chemicals in the mixture are doing what, Fitsanakis has decided to look at the effects of glyphosate-based herbicides in the formulations farmers use.

Notably, also glyphosate was not harmless: a realistic concentration of 2 mg/l resulted in reduced growth rate, escape swimming speed and fat content. Our results therefore indicate that the toxicity of Roundup cannot be fully attributed to its surfactant, thereby suggesting that also the new generation of glyphosate-based herbicides with other mixtures of surfactants likely will have adverse effects on non-target aquatic organisms.

For instance, Germany’s authorities found in 2015 that the surfactant polyethoxylated tallowamine (POE tallowamine) contributed a large amount of toxicity to the herbicides it was used in, such as Roundup. This led to an EU-wide reassessment by the EFSA, which concluded that “a likely explanation for the poisoning occurrences observed in humans is that it is mostly driven by the POE-tallowamine component of the formulation.” The E.U. subsequently decided to ban the use of the co-formulant. Its use is allowed in the U.S.

There is a problem as you can see. If glyphosate is banned, other formulations will take its place. Possibly they will be worse, and very likely they will not be as well tested.
Dig, 'cos I got my own world to live through
And I ain't gonna copy you