Mafia Forum is visible to guests. Please note that game threads are limited to posts by players who are involved in each game. Non-player or derail posts will be moved to a gallery thread.

Has all mafia play moved to another board, effectively ending play here?
Nobody expects me...
Top

It would seem so, although never having been a player myself, I didn't notice it happening.

No doubt someone more clued in will be along to explain in due course.
God has no place within these walls, just like facts have no place within organized religion. - Superintendent Chalmers

It's not up to us to choose which laws we want to obey. If it were, I'd kill everyone who looked at me cock-eyed! - Rex Banner

The Bluebird of Happiness long absent from his life, Ned is visited by the Chicken of Depression. - Gary Larson

Wow, I just realized that now that you pointed that out too, Andrew. It's pretty big time over at Mindromp though I think.
Atheists have always argued that this world is all that we have, and that our duty is to one another to make the very most and best of it. ~Christopher Hitchens~

maiforpeace wrote: ... It's pretty big time over at Mindromp though I think.

Well that was cruel.
Top

I'm signed up for Matt's game here, whenever it gets off the ground .. and I've posted a couple of invitations to MindRomp mafia if anyone's interested. Freethought Forum and Talk Rational Forum also have active mafia communities.
no fences
Top I've signed up for Matt's game, too. I'll play if it's not when another game is going on (one's about to start). I only overlapped games once, and didn't like that at all.
It may be true that the law cannot make a man love me, but it can keep him from lynching me, and I think that's pretty important.
- Martin Luther King Jr.
Top

WTF is Mafia Play?
Get me to a Nunnery

People playing are given roles (good guy, bad guy, and either of those might have special powers, such as Seer, who can ask the moderator to give the alignment of so-and-so, or Blocker, who can stop someone's action). The bad guys (Scum) usually know who one another are, and can communicate. The good guys are clueless, and have to rely on various things to figure out who is good or bad.

They/we use contradictions or illogic in posts, "meta," which is sort of a feel of another player from previous games, or specific "tells" that are still mostly mysterious to me, but others are quite adept at it, and sorting out who's doing what (and why) by means of posts that cast suspicion on others (works best when one party has been killed, and their alignment is revealed by the moderator), or by voting (for the daily lynch).

I like it, because it's both entertaining and stimulating in regard to logical thought and intuitive thought.

I play here, on RationalSkepticism and MindRomp. I will play here again, if another game gets off the ground. I like playing here.
It may be true that the law cannot make a man love me, but it can keep him from lynching me, and I think that's pretty important.
- Martin Luther King Jr.
Top

What is that other site where it is now like? I'm EXTREMELY reluctant to sign up on a site Ravenscape is in charge of as she is the one that made TR such a horrible site - where the most obnoxious, horrible, trolls are allowed to do what they want and harass people while Raven and the other mods/admins make excuses for why it isn't really harassment. I don't want to be anywhere near another site like that.
http://www.outpimp.com/?x=481616894
Top 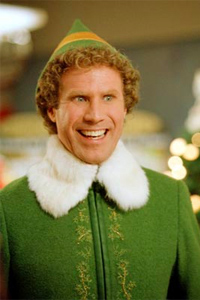 Gonzo asked about his Mafia Mod status a few months ago. AFAIK DP removed the Mafia Mods when it all died down a while back, so I added Gonzo and Azathoth again, but nothing happened after that. I'm not even sure Gonzo returned.
For information on ways to help support Rationalia financially, see our funding page.

When the aliens do come, everything we once thought was cool will then make us ashamed.
Top
Post Reply
11 posts • Page 1 of 1

Users browsing this forum: No registered users and 7 guests