Brian Peacock wrote: ↑
Tue May 19, 2020 4:07 pm
Which is nice an' everything, but it still doesn't tell me what you mean by racist and racism when you use those terms.

As I said, case by case.

Try conveying the ideas without using that word, maybe it will illuminate my position better.

I'll give you a start - my race is human. Finer-detail than that is deliberately unavailable. There is one person, MAYBE who knows my 'race' and it isn't me. This gives me a fair perspective, as when I see someone with black hair or blonde, they might be my sibling.
Shit, Piss, Cock, Cunt, Motherfucker, Cocksucker and Tits.
-various artists
I don't want to forget this enlightening quote by our prestigious and sage member...

Jane Roe has become a problematic weapon in the culture war being waged by the opponents of women's choice. She'll still be cited with satisfaction by the reality-immune among them as confirmation of their beliefs.

'Jane Roe’s Deathbed Confession: Anti-Abortion Conversion "All an Act" Paid for by the Christian Right'


In its final 20 minutes, the documentary film AKA Jane Roe delivers quite the blow to conservatives who have weaponized the story of Jane Roe herself—real name, Norma McCorvey—to argue that people with uteruses should have to carry any and all pregnancies to term.

McCorvey, who died in 2017, became Jane Roe when, as a young homeless woman, she was unable to get a legal or safe abortion in the state of Texas. Her willingness to lend her experience to the legal case for abortion led to the passing of Roe v. Wade in 1973, which legalized abortions in all 50 states (though red states do all they can to get around this; recently, several have even used the COVID-19 pandemic to make abortions functionally impossible to procure). But conservatives had a field day in the mid-‘90s when the assertive, media-savvy pro-choice advocate and activist McCorvey became an anti-abortion born-again ex-gay Christian with the help of leaders of the evangelical Christian right, Reverend Flip Benham (of the infamous Operation Rescue) and Reverend Rob Schenck. A conservative film, Roe v. Wade, starring Jon Voight and Stacey Dash, will dramatize McCorvey’s “conversion.”

But those filmmakers, and the rest of the pro-life evangelical community, have another curveball coming. In the final third of director Nick Sweeney’s 79-minute documentary, featuring many end-of-life reflections from McCorvey—who grew up queer, poor, and was sexually abused by a family member her mother sent her to live with after leaving reform school—the former Jane Roe admits that her later turn to the anti-abortion camp as a born-again Christian was “all an act.”

“This is my deathbed confession,” she chuckles, sitting in a chair in her nursing home room, on oxygen. Sweeney asks McCorvey, “Did [the evangelicals] use you as a trophy?” “Of course,” she replies. “I was the Big Fish.” “Do you think you would say that you used them?” Sweeney responds. “Well,” says McCorvey, “I think it was a mutual thing. I took their money and they took me out in front of the cameras and told me what to say. That’s what I’d say.” She even gives an example of her scripted anti-abortion lines. “I’m a good actress,” she points out. “Of course, I’m not acting now.”

They stalked him, harassed him, boxed him in with their pickup trucks, then shot him dead and then said "fuck that n*****". We mustn't jump to conclusions and assume that this killing was racially motivated, however.

Racism is very unpopular in America...

Maybe he's not racist but just happens to hire racists to write his show?


The top writer for Fox News host Tucker Carlson has for years been using a pseudonym to post bigoted remarks on an online forum that is a hotbed for racist, sexist, and other offensive content, CNN Business learned this week.

Just this week, the writer, Blake Neff, responded to a thread started by another user in 2018 with the subject line, "Would u let a JET BLACK congo n****er do lasik eye surgery on u for 50% off?" Neff wrote, "I wouldn't get LASIK from an Asian for free, so no." (The subject line was not censored on the forum.) On June 5, Neff wrote, "Black doods staying inside playing Call of Duty is probably one of the biggest factors keeping crime down." On June 24, Neff commented, "Honestly given how tired black people always claim to be, maybe the real crisis is their lack of sleep." On June 26, Neff wrote that the only people who care about changing the name of the NFL's Washington Redskins are "white libs and their university-'educated' pets."

And over the course of five years, Neff has maintained a lengthy thread in which he has derided a woman and posted information about her dating life that has invited other users to mock her and invade her privacy. There has at times also been overlap between some material he posted or saw on the forum and Carlson's show. 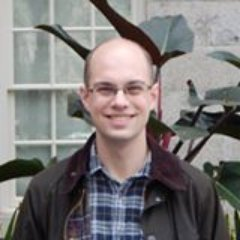 This is fine. Being called a racist by the crazed left wing mob is a badge of honor for the Carlson demographic. Neither Carlson nor his writer are racists, they're just doing their best to secure the existence of the Real American™ people and a future for their children.

It's so dumb it's hard to believe. --racists tend to be like that eh?
Do not be alarmed, I'm popping a gender reveal cannon.
Top

Does racism now define America in the minds of Americans?
Rationalia relies on voluntary donations. There is no obligation of course, but if you value this place and want to see it continue please consider making a small donation towards the forum's running costs.
Details on how to do that can be found here.
.

What do you mean?
Do not be alarmed, I'm popping a gender reveal cannon.
Top

Are you all racist cunts..?

Did you find your racism particularly difficult to overcome? Yeah, I don't think most people our age struggled with it.
Last edited by Sean Hayden on Sat Jul 11, 2020 4:57 am, edited 1 time in total.
Do not be alarmed, I'm popping a gender reveal cannon.
Top

I dont think white Australians are the right people to throw stones. Their treatment of the indigenous people would not win many gold stars. Never saw so much racism as in Queensland when I was there. Townships like Cook Town it was blatant.
"Wat is het een gezellig boel hier".
Top

Scot Dutchy wrote: ↑
Sat Jul 11, 2020 4:55 am
I dont think white Australians are the right people to throw stones. Their treatment of the indigenous people would not win many gold stars. Never saw so much racism as in Queensland when I was there. Townships like Cook Town it was blatant.

Certainly some truth in that. But all it means is that, when we throw stones at American racists, we should also throw some at out home-grown ones as well...
Nurse, where the fuck's my cardigan?
And my gin!
Top

It is becoming a major part of the definition of America in the minds of non-Americans, which of course is somewhat of a sweeping generalisation.
Nurse, where the fuck's my cardigan?
And my gin!
Top
Post Reply
1306 posts