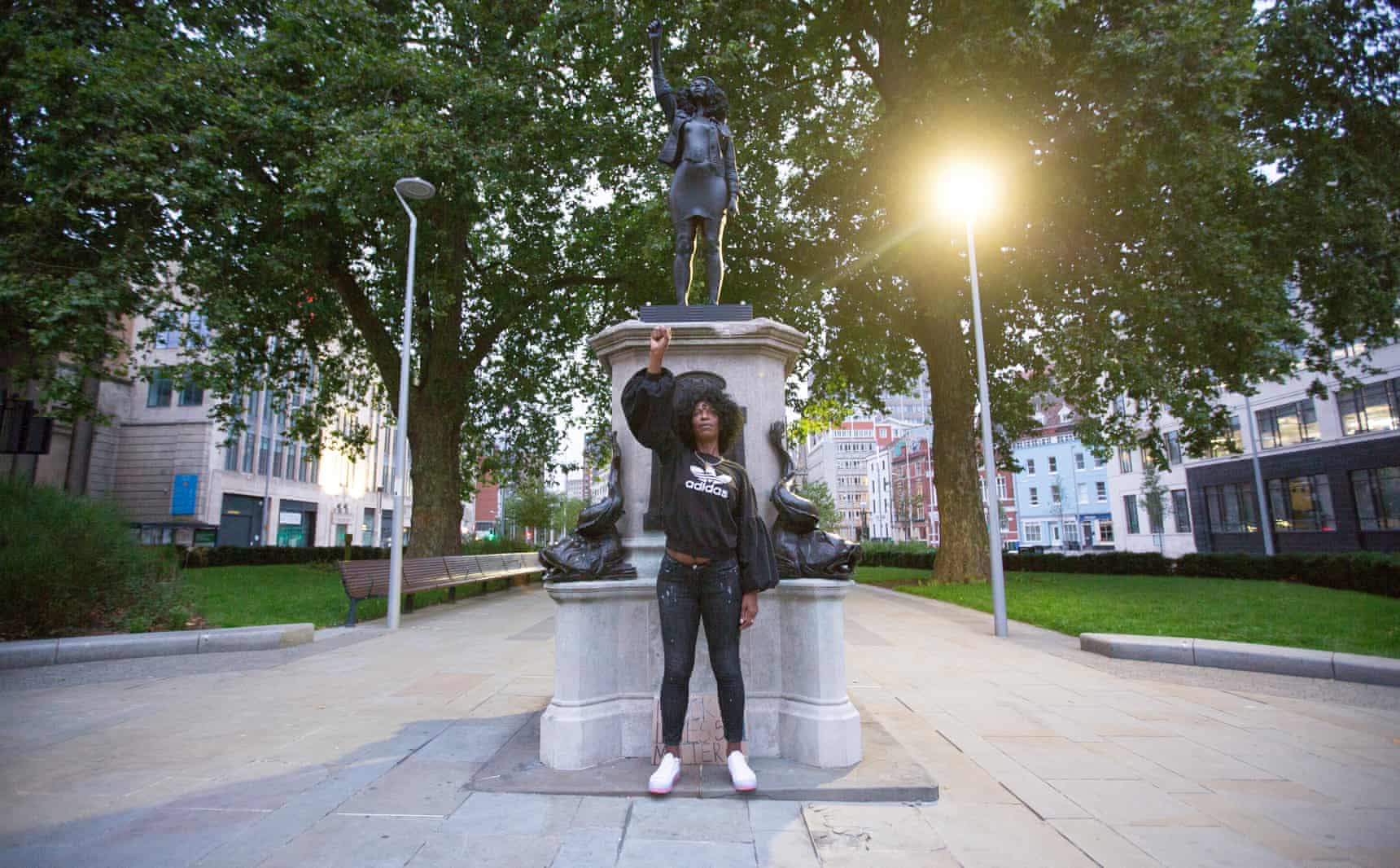 What if someone finds it offensive? Can they tear it down?
Yeah well that's just, like, your opinion, man.
Top

The local major says it's going to have to come down.
Rationalia relies on voluntary donations. There is no obligation of course, but if you value this place and want to see it continue please consider making a small donation towards the forum's running costs.
Details on how to do that can be found here.
.

They should let people battle it out.
Yeah well that's just, like, your opinion, man.
Top

Are we allowed to bring up fascism yet, or is it still too soon?

In the early hours of July 15, after a night spent protesting at the Multnomah County Justice Center and Mark O. Hatfield Federal Courthouse, Mark Pettibone and his friend Conner O’Shea decided to head home.

It had been a calm night compared to most protesting downtown. By 2 a.m. law enforcement hadn’t used any tear gas and, with only a few exceptions, both the Portland Police Bureau and federal law enforcement officers had stayed out of sight.

A block west of Chapman Square, Pettibone and O’Shea bumped into a group of people who warned them that people in camouflage were driving around the area in unmarked minivans grabbing people off the street.

“So that was terrifying to hear,” Pettibone said.

They had barely made it half a block when an unmarked minivan pulled up in front of them.

“I see guys in camo,” O’Shea said. “Four or five of them pop out, open the door and it was just like, ‘Oh shit. I don’t know who you are or what you want with us.’”

Federal law enforcement officers have been using unmarked vehicles to drive around downtown Portland and detain protesters since at least July 14. Personal accounts and multiple videos posted online show the officers driving up to people, detaining individuals with no explanation of why they are being arrested, and driving off.

The tactic appears to be another escalation in federal force deployed on Portland city streets, as federal officials and President Donald Trump have said they plan to “quell” nightly protests outside the federal courthouse and Multnomah County Justice Center that have lasted for more than six weeks.

False flag operation. They're Soros operatives, grabbing True Patriots and sending them to Liberal Snowflake Reeducation Camps, where they are forced to color pictures and play with puppies.

Some serious political pushback against the fascist actions of Trump's federal goons in Portland:

Full podcast here »»
Rationalia relies on voluntary donations. There is no obligation of course, but if you value this place and want to see it continue please consider making a small donation towards the forum's running costs.
Details on how to do that can be found here.
.

Sam Harris hasn't changed. 'A culture of resisting arrest.' Pulled out of his arse, so it's a damn virulent culture.

It seems to me he depends too much on his belief in his own ability to understand things and develop insights. He also portrays himself as striving for a neutral, objective point of view. Too often, his framing and approach to different aspects of an issue demonstrate his failure to achieve his purported aim. He's one intelligent fellow, no denying that. Being intelligent only gets you so far, especially when you're supposedly trying to be color-blind in your analysis of the outcomes for particular groups that are commonly identified (and targeted, this is one example, but they abound) by the color of their skin.

He harps on the 'thirty year low' in police shootings in LA. Doesn't seem particularly relevant to the issues which have given such powerful impetus to the protests, but for Harris it's a big deal. What is the unstated implication here? It seems to be something along the lines of these people are overreacting; things right now aren't nearly as bad as they were a few decades ago. Why else bring it up? Spoiler: He comes right out and says basically that later in the video.

Black people know that they're more likely to be stopped for essentially no reason by police. They also know that if you mess with the police, it often doesn't end well for you. Harris is ignoring this when he says (after noting that he has no data on how compliance with police relates to the race recorded for the individuals interacting with police), 'I can well imagine that if it's common for African-Americans to believe that the only reason they have been singled out for arrest is due to racism on the part of the police, that could lead to greater levels of non-compliance.' One could just as well imagine that blacks in general are more cautious in their interactions with police. What Sam Harris 'imagines' is again irrelevant to the issues, but it carries a lot of weight in his analysis.

I think he also ignores the historical reality of racist policing in his framing of the issue as 'an epidemic of racist police violence in our society'. The term 'epidemic' implies to me 'an outbreak' whereas what people are protesting (as I understand it) is more longstanding chronic racism in policing rather than anything that's developed recently. While recent high-profile cases have galvanized the protesters, it's not as if those killings were particularly novel. Certainly Harris is aware of this, but he doesn't seem to take it into account in his analysis.

Harris is willing to speculate that blacks might be more inclined than the general population to fail or refuse to comply with the police, but backs off on offering speculation on another topic:


It is inconvenient to note ... other data that suggests that black cops and hispanic cops are more likely to shoot black and hispanic suspects than white cops are. I'm not sure how an ambient level of racism explains that.

His imagination works just fine in imagining that there's disproportionate black non-compliance with the police, but fails when it comes to imagining that black and hispanic cops may feel that they should not be seen to show lenience to blacks and hispanics--that they may believe that it's necessary to prove that they're at least as tough on blacks and hispanics as white cops are, otherwise they aren't 'good cops.' That's one way that an ambient level of racism could contribute to the statistic he cites, but Harris goes the other way, pulling forward his earlier speculation that 'it could be that blacks are less cooperative with the police ... a culture of resisting arrest.' Indeed, rather than supporting Harris's sub-textual claim that there really isn't an 'ambient level of racism' in police forces, it could be that the statistic about minority police officers actually demonstrates a result of an ambient level of racism.

He repeatedly cites a study that he admits is based on 'incomplete' data. Yes, data from one American city should definitely be considered incomplete, when discussing a nationwide issue.

There is much reliance on statistics that show white suspects are killed by police proportionally more often than black suspects are. He does speculate briefly on why that might be the case, but takes it as read and uses it as a solid point on the side of 'hey, it's pretty much all in their heads', his precise wording is 'mass hysteria.' Good ol' Sam. God bless him.
Top
Post Reply
385 posts